It was a true contest of man against beast with 15 of the two-legged athletes making qualified rides and getting scores. Those 15 are looking good to qualify for Wednesday night’s progressive round with hopes to advance to the finals and get a big check and championship here.

At the top of the leaderboard is Clayton Sellars from Fruitland Park, Florida. Sellars has made a name for himself in the Professional Rodeo Cowboys Association with three qualifications to the Wrangler National Finals Rodeo. He is now working his way up in the PBR and hoping to qualify for their World Finals this year.

Sellars rode a Colorado bull named Another Lunatic for 89.5 points to take the lead. Sellars made his trip to Denver driving from another event in Reno, Nevada to get here. Another Lunatic owned by Frihauf Cattle Company based in Fort Collins had a much shorter trip.

Right behind Sellars was Jake Lockwood of Volborg, Montana. The brother of two-time PBR world champion Jess Lockwood scored 88.5 points on Nothin’ But Try Ranch’s Next Question. Wylee Hurst of Rigby, Idaho is currently third with an 87-point ride followed by Lane Nobles from West Texas with an 86.5.

There were a total of 45 bull riders on the roster. Another 45 will ride Tuesday night with the best will advance to the progressive round. It’s likely that all 15 of Monday night’s bull riders who got a score will spend another day in the Mile High City as they wait to ride again on Wednesday. The 15 riders with the highest combined scores will get to compete a third time and the winner will be based on the most points from three rides.

A championship here will come with a big paycheck, but it also will include very important points that could advance someone onto the Unleash The Beast tour, the premier series for bull riders.

The competition on Tuesday night starts at 7 p.m. 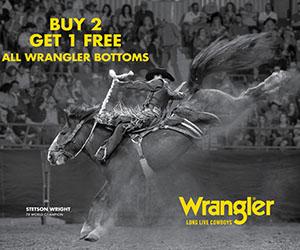