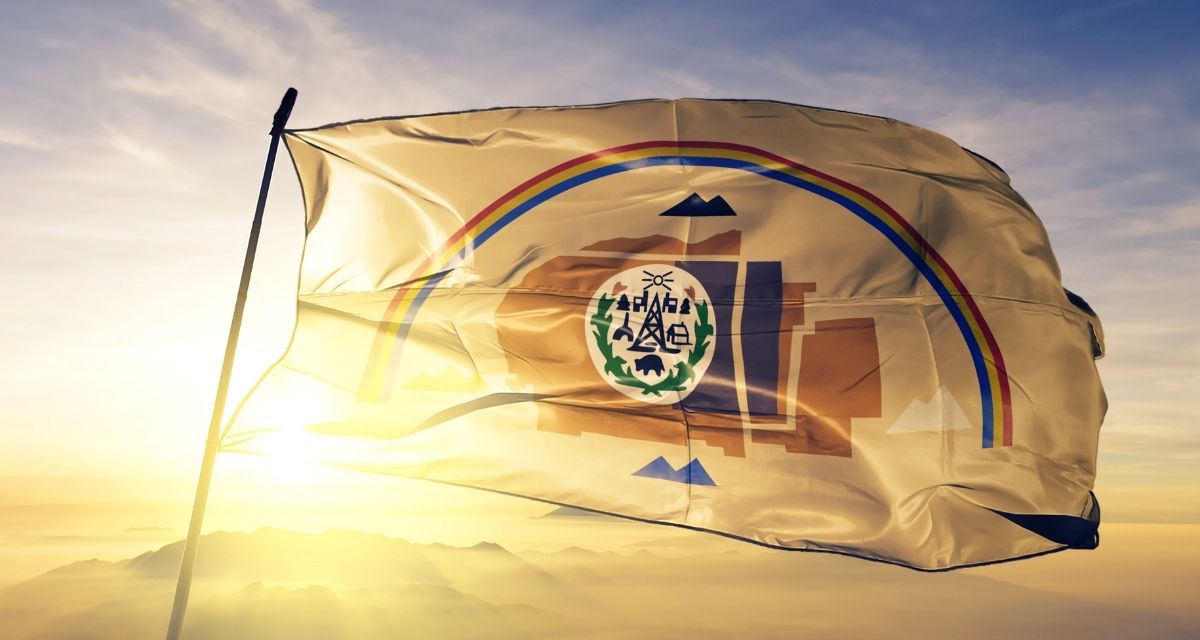 As we dive deeper into what makes the Navajo Nation so diverse, we want to highlight some Navajo history and culture that everyone should know about. As we go about our day-to-day lives, it’s easy to forget where we come from, appreciate the land that’s under our feet, and thank the folks that took care of it before we did. Today, we want to take special note of the Navajo men and women who cared for our country before we even step foot on it. Long before Christopher Columbus ran ashore in 1491, the Navajos were already settled in the Four Corners area of the Colorado Plateau. However, they weren’t the first inhabitants of the land. According to historians, Ice Age Hunters lived in the Monument Valley area thousands of years before the Navajo. To this day, you can still see evidence of the Anasazi through their monument sites and ancient ruins that date well beyond 1300 A.D.

Currently, the Navajo are the second most populous Native American tribe in the country with roughly 300,000 people living mostly between the states of Arizona, Utah, and New Mexico. In today’s modern world, you might see certain art pieces tagged as “Navajo Made”, but it isn’t just art for the Navajo. Practices like weaving, basket making, pottery making, and jewelry making run deep in the roots of Navajo culture. Today, you can find many of those art forms for sale on street-side vendors, likely, handcrafted by the hands of someone that has been specializing in that art form since an early age, passed down from their ancestors.

History of the Navajo Reservation

Diné Bikéyah (pronounced as Din’eh Bi’KAY’ah), or otherwise known as Navajoland, is unique in today’s world because the Navajo been able to achieve an intricate balance of blending both traditional and modern ways of life. The Navajo Nation truly is a nation within a nation. At first glance, the land doesn’t look much more than a desolate section of the four corners, but after taking a better look you will find beautiful deserts, alpine forests with skyward plateaus, mesas, and breathtaking mountains. The Navajo’s Tourism site is the best place to find any and all things about the land and things that you need to put on your bucket list.

The Long Walk of the Navajo- HWÉ​ELDI BAA HANE’

The Long Walk of the Navajos is an important piece of history because it officially established Navajoland after the release of the Navajos from Bosque Redondo Reservation where they were held against their will in January 1864. Unfortunately, as settlers moved in from the East and conflict kept arising, the Navajo were forcefully removed from their land. The map below shows the routes they were forced to walk to get to Fort Sumner. Each route ranged from 250-450 miles depending on which way they went. There were no considerations made for women, children, or families and it wasn’t uncommon for US soldiers to shoot prisoners rather than let them rest. It’s been said that about 53 forced “walks” happened between August 1864 and the end of 1866.

The Great Seal of the Navajo Nation

It was in 1952 that the Navajo Tribal Council adopted the Great Seal of the Navajo Tribe, which was designed by John Claw Jr., an Arizona Navajo artist. This first seal had 48 projectile points outlining the seal, which symbolized the Tribe’s protection within the 48 states, as of 1952. In 1988, the Navajo Tribal Council amended the original working from the Great Seal of the Navajo Tribe to the Great Seal of the Navajo Nation. It was also decided at that time to increase the number of arrowheads to 50 to include representation of the states of Hawaii and Alaska. The modern-day Great Seal has a total of 50 arrowheads that symbolize the Navajo Nation’s protection within the fifty states. Further breaking down the meaning of the seal, you will see the opening at the top, which is considered the East. The lines (red, yellow and blue) within the seal represent the rainbow and sovereignty of the Navajo Nation. The yellow sun at the top shines from the east on the four sacred mountains: Mount Blanca (Sis Naajiní’ – Dawn or White Shell Mountain), Mount Taylor (Tsoodził – Blue Bead or Turquoise Mountain), San Francisco Peak (Dook’o’oosłííd – Abalone Shell Mountain), and Mount Hesperus (Dibé​ Nitsaa – Big Mountain Sheep or Obsidian Mountain). The two cornstalks with pollen symbolize the sustainer of Navajo life and the horse, cow, and sheep, located in the center, symbolize the Navajo livestock.

In 1968, The Navajo Nation Flag was designed by Jay R. DeGroat of Mariano Lake, NM, and adopted by Navajo Tribal Council. Much like the Great Seal from above, the flag incorporates many of the same elements. The background of the flag is a buff color, with the map of the Navajo Nation in the middle. Within the map, you will see the original area of the 1868 reservation which is dark brown, while the copper represents the modern-day reservation borders. You will notice the same four sacred mountains we saw in the seal that represents each cardinal direction: black (north), turquoise (south), white (east), and yellow (west). Those four colors are a recurring theme in the legends of the Navajo, beginning with the Navajo creation story. Circling over the mountains and map is the rainbow of red, yellow, and blue, that we also see in the Navajo Nation seal, which symbolizes Navajo sovereignty.

Moving to the center of the map you will see a white circle with the same cornstalks and three domestic animals from the Navajo Nation seal which represents the Navajo livestock economy. Also in this flag are additional symbols from other aspects of the Navajo economy. Some of those are a traditional hogan (hooghan), a modern home, an oil derrick, trees to represent forestry, mining to represent the resource potential of the Navajo Nation, and a bear to represent recreational fishing and hunting. Under the sun at the top of the flag is the modern sawmill, which symbolizes the progress of the Navajo Nation’s economic development.

Navajo religion and beliefs go much deeper than what we could ever type up in this article, we encourage every reader to do their own research on the topics and find a reputable source for a deeper understanding. At the core of Navajo religion, they describe the universe as ordered, beautiful, and harmonious with two types of people, “Earth People” and “Holy People”. Just as it sounds, Earth People of the Diné, are meant to do everything they can to maintain harmony and balance on Mother Earth, while Holy People are believed to have the power to either aid or harm the Earth People. The rituals (rites) of the Navajo are meant to help their people “walk in beauty” or to emphasize and restore harmony, balance, and order. The Navajo word phrase for this is “Hózhó“. To help keep the balance and avoid disorder, the Navajo have about 50 different kinds of ceremonies that can be performed at certain times and each for a specific reason. Some Navajo ceremonies only last several hours, while others can last up to nine days. We hope to publish a deeper article on the religion, beliefs, and symbolization of the Navajo, so stay tuned for more information on this subject!

We aim for accuracy and cultural competence. If there is anything in this article that is factually inaccurate, please reach out with a reliable source so we can edit our content accordingly.