Back from injury, World No. 33 looks for strong finishes in final three regular-season events remaining prior to the 2020 PBR World Finals in Arlington, Texas at AT&T Stadium on Nov. 12-15 PUEBLO, Colo. – After announcing his plans to retire at the conclusion of the 2020 season, 11-time PBR (Professional Bull Riders) World Finals qualifier Ryan Dirteater (Hulbert, Oklahoma), who has had his season plagued by injury, will return to competition when the elite Unleash The Beast travels to Tulsa, Oklahoma and the BOK Center on Oct. 10-11 for the PBR Express Ranches Classic, presented by Bass Pro Shops. After sustaining thoracic fractures in February which sidelined him for three months, Dirteater will now make his second comeback of the year following a 57-day hiatus due to a broken right collarbone sustained in mid-August in Oklahoma.

“When they said Tulsa wasn’t on the schedule no more earlier this year, it was upsetting. But then when they brought it back, it was meant to be for me to compete one more time in my home state,” Dirteater said. “It means a lot to me. I just don’t want to let the fans down. I know I have the talent to win. I just need to ride. They are all great memories when you ride them here in your home state. I enjoy and love it. The fans are awesome, and they are on their feet. I plan on making a great appearance this weekend and giving it all I got.”

On August 14, the 31-year-old broke his right collarbone after he bucked off Total Feeds Bushwacked (Ohl/Herb/McDowell/Comozzi) in 7.06 seconds. Undergoing surgery at OU Medical Center, doctors used a plate and six screws to repair the injury.

The injury was the second of the 2020 season for the popular rider, known as “The Cherokee Kid.”  Dirteater previously sustained three thoracic fractures while competing in Los Angeles at Iron Cowboy for the second Major of the year, keeping him out of competition for three months. 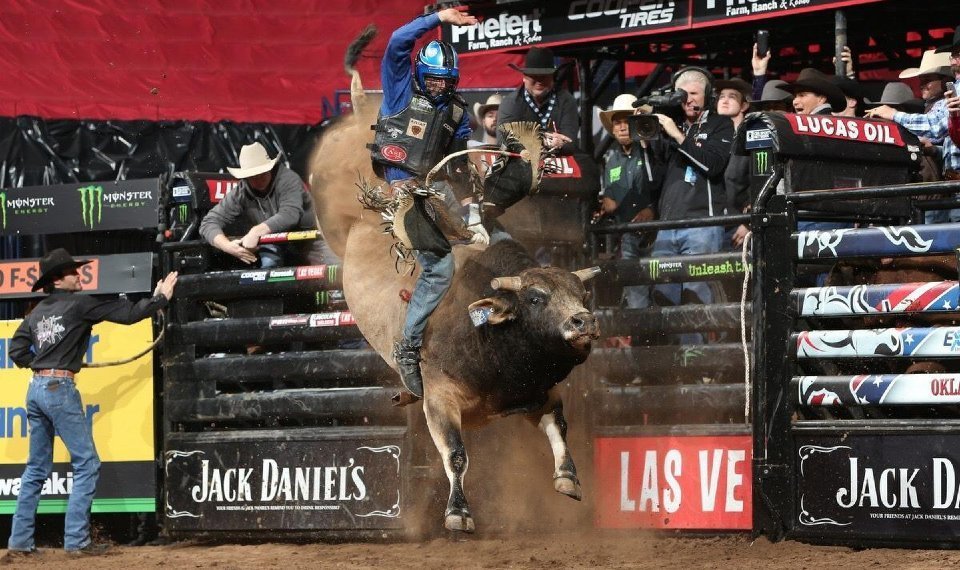 Dirteater will return to competition in Tulsa ranked No. 33 in the world, 17 points ahead of No. 36 Dakota Louis (Browning, Montana) and the dreaded Top 35 cutline.

With just three-regular season, premier series events remaining prior to the 2020 PBR World Finals: Unleash The Beast, recently relocated to Arlington, Texas and AT&T Stadium and rescheduled to Nov. 12-15, Dirteater will be keen to collect crucial world points in his home state as he looks to conclude his career with a berth to the sport’s most prestigious event. “It is my last season,” Dirteater added. “I have been dealing with injuries this year. It is very important for me to qualify for my last PBR Finals. We are having it at Cowboys Stadium and that is awesome too. That is my goal. Qualify for the PBR Finals and I am going to go at it and get on as many bulls as it takes.”

Dirteater made his PBR debut on the developmental Touring Pro Division (TPD) in 2007, before making his Unleash The Beast debut in Dallas, Texas, in June 2008.

With his natural aptitude for the sport readily apparent, it didn’t take long for the Oklahoman to capture his first premier series victory, winning in Jan. 2009 in Dallas, Texas.

His career, however, was nearly derailed later that season when at 20 years old he dislocated his left knee cap and tore his ACL, MCL and PCL, sidelining him for nearly the entire 2010 season. In 2011, his first full year back, Dirteater won his second career event at PBR’s top level, taking the buckle in Wichita, Kansas, in September. 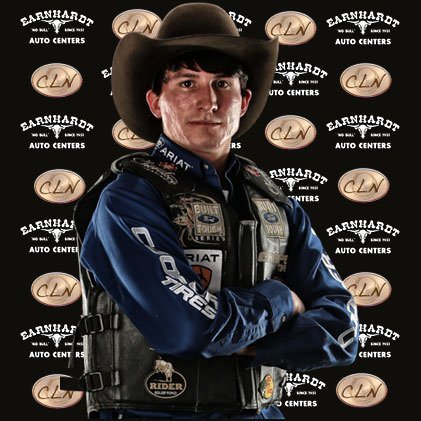 In 2016, the veteran rider had a breakthrough year. In March, he won his third Unleash The Beast event in Phoenix, Arizona and followed with wins in Little Rock, Arkansas, and Springfield, Missouri. The Oklahoma rider capped the year with a tour-leading fourth event victory at the 2016 PBR World Finals in Las Vegas, Nevada – going a perfect 6-for-6, and becoming only the fourth rider since 2000 to accomplish the feat, en route to winning a career-high $317,916.67 at a single event.

After concluding the year No. 18 in the world in back-to-back seasons in 2017 and 2018, Dirteater appeared poised to be a top contender for the 2019 World Championship, until a second-half injury altered his trajectory.

Winning the February 2019 Unleash The Beast event in Oklahoma City for the second consecutive season, Dirteater remained firmly ranked inside the world’s Top 10 through the remainder of the first half. While it may not have impacted the world rankings, Dirteater’s success in the opening months of the season was also echoed in his debut at the PBR Global Cup. Competing for the all Native American Team USA Wolves, who finished third, Dirteater concluded the event second in the individual aggregate, going a perfect 3-for-3.

The course of his 2019 season, however, changed at the first event of the second half in Tulsa, Oklahoma. Despite concluding the event fourth, Dirteater was stepped on in the championship round, sustaining a collapsed lung and lacerated liver. He was sidelined nearly three months finally returning to competition at World Finals in Las Vegas. Not missing a beat, Dirteater was back to his winning ways in Round 1. He reached the 8-second whistle in covering Landslide for 86 points, the eighth best score of the round. Overall, Dirteater was 23rd at his 10th career appearance at the season-culminating event. Action for the PBR Express Ranches Classic, presented by Bass Pro Shops, gets underway with Round 1 at 6:45 p.m. CT on Saturday, October 10, concluding with Round 2 and the championship round at 1:45 p.m. CT on Sunday, October 11. All 35 bull riders will get on one bull each in Round 1 and 2. Following Round 2 on Sunday afternoon, the riders’ individual two-round scores will be totaled with the Top 15 advancing to the championship round for one more out and a chance at the event title.

Tickets for the two-day event are still available and start at $15. They can be purchased at the BOK Center box office, online at Ticketmaster.com and PBR.com, or by calling PBR customer service at 1-800-732-1727.