If you’re in the market for a cowboy hat, you’ll find a great selection of Stetson and Resistol hats at your local Saba’s Western Wear store. If you’re in the market for a cowboy hat, you’ll find a great selection at your local Saba’s Western Wear store. You know a cowboy hat is more than just a hat – it offers style and protection from the elements, featuring an iconic look. Two well-known brands of cowboy hats – Stetson and Resistol – also have quite a history behind them.
According to the Stetson website, in 1865, John B. Stetson created the John B. Stetson Hat Company by spending $100 to rent a room. He also purchased tools and fur and went to work. One year later, the “Hat of the West” and the now famous “Boss of the Plains” hats were created.
Stetson was trained by an expert – his father was a master hatter. John B. Stetson grew his company into one of America’s most well-known and successful businesses. John was a leader in the hat making industry because of his new styles for fashion and utility.
Now, more than 150 years later, the Stetson hat factory located in Garland, Texas, is one of the largest hat factories in the country. The Stetson name continues to enjoy immediate recognition. Another well-known cowboy hat brand, Resistol Hats got its start in the early 1920s when young millionaire E.R. Byer invested in the small hat factory of Harry Rolnick. As a customer, Byer was impressed by Rolnick’s quality products and professionalism. In 1927 the team started the company Byer-Rolnick in Dallas. The company produced men’s Western and dress hats, marketed under the new brand name, “Resistol Hats,” meaning they would resist all weather.
The company’s distribution was initially limited to Texas and Oklahoma, but advancements in manufacturing led the company to open a larger facility in Garland, Texas in 1938. Resistol Hats are still made in Garland, Texas today. The Byer-Rolnick company went on to acquire a fur cutting plant and built a rough-body plant in Longview, Texas. This made Byer-Rolnick the first manufacturer to operate the entire felt hat making process from start to finish, enabling the company to oversee quality control and production in all steps. Demand for the Resistol hats continued, and today this small hat factory is the largest manufacturer of headwear in the world as part of Hatco, Inc., according to the Resistol website.
When you buy a Stetson or Resistol cowboy hat, you know you’re getting a quality product. Stop by your local Saba’s store for a great selection! 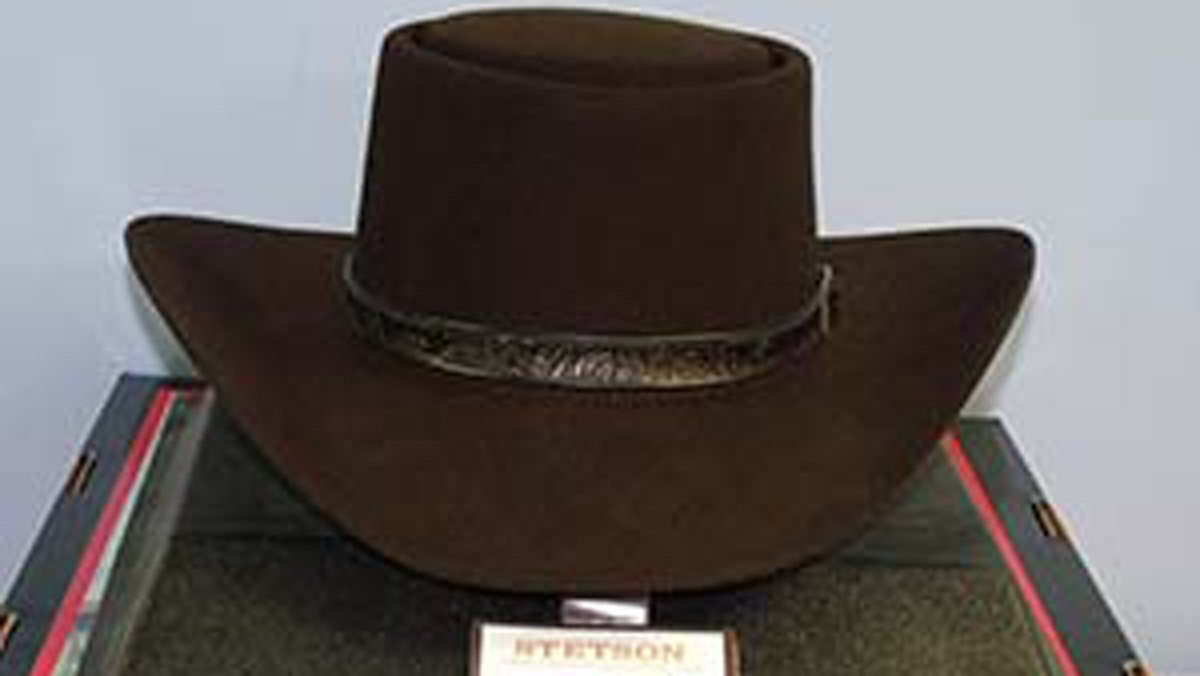