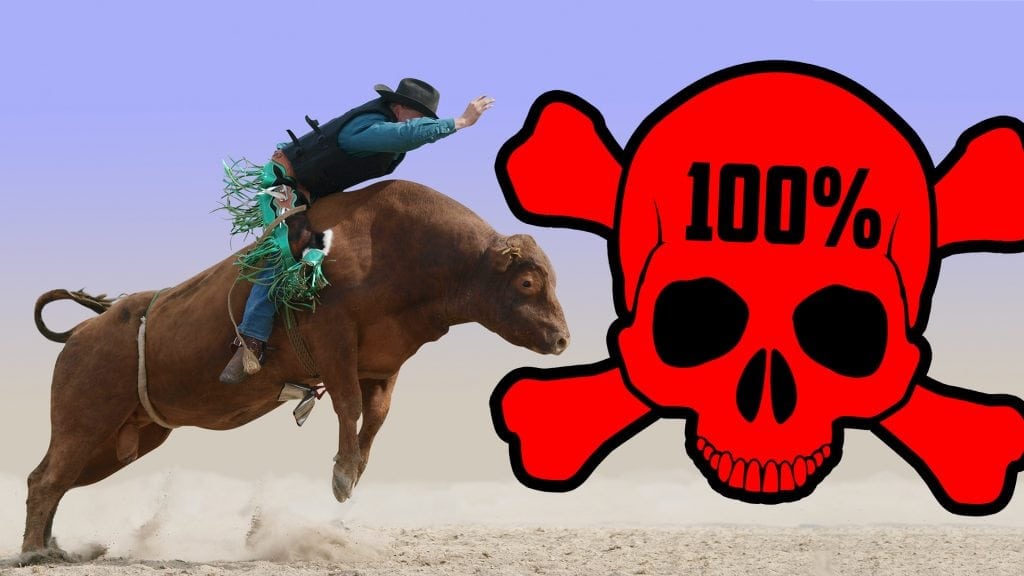 Most Dangerous Bulls of Rodeo History

Bull riding has been one of the most popular sports in the Midwest for as long as memory serves. For those who are really into the culture, both riders and for spectators, bull riding is a lot more than just a sport. It is a proper lifestyle. People actually live for bull riding and enjoy everything there is about bull riding from the top riders to the bulls that dump their riders within mere seconds. It is because of these supreme four legged mammals that this game has been thriving for hundreds of years. They bring the “life” in the lifestyle of bull riding. Here is a good look at some of the most dangerous bulls of rodeo history, celebrating the might of the fierce and supreme beasts that have embraced the ring and enthralled every man, woman and child over the years.

#81 Dillinger was a two time Professional Bull Riders World Champion bucking bull. Belonging to the Herrington Cattle Company, the Dillinger was not just a brutal beast, it was a proper force to be reckoned with, winning the Professional Bull Riders Champion Bull accolade in ’00 and ’01. Historically speaking, Dillinger is considered the most fearsome bull with his stats putting him on the top of the ProBullStats Hall of Fame. With an impressive buck off rate of 85.11 percent, he is rightfully considered one of the most dangerous bulls of rodeo history.

A bull with an impressive resume, the #856 Dippin Tahonta graced the bull rodeo circuit in the 2000s and is the holder of consecutive Professional Bull Riders Champion Bull of the year in ’03 and ’04. His historical ranking places Dippin Tahonta at 4th all time and a remarkable 94.3 percent buck off rate. ProBullStats’ power rating for Dippin Tahonta was at 84.37 percent and he was a mighty beast. Giving no levee to any of the 12 right handers that took him on, he only ever lost once in his 58 bouts against some of the best bull rodeo riders around.