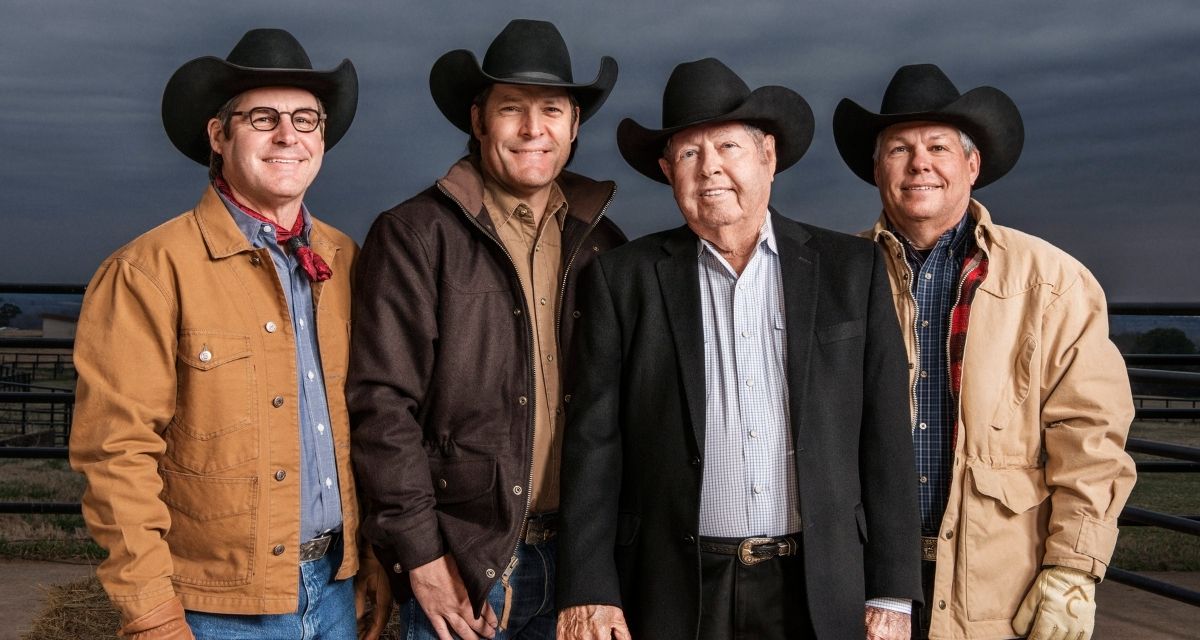 Here’s a name you don’t want to forget, Cavender’s. Cavender’s was founded in Pittsburg, Texas in 1965. James R. Cavender is the man behind it all. James and his wife, Pat Cavender were entrepreneurs and tried out several ventures before they opened their own clothing business. James served his customers a quality product at a fair price, he had immeasurable energy, a sharp wit, and found the perfect combination for his experiences, skills, and personality. Cavender was a country boy living in a small country town in Texas, nothing was more natural than to carry cowboy boots in his shop. Cavender’s started with 3 styles of Tony Lama boots. Those 3 styles of boots sold well so James decided to bring on more styles. This was just the beginning of time for the Cavender’s business. Little did he know that their family business would become the fastest-growing western wear chain in America selling millions of pairs of boots. Gary Leffew with Mike Luskey of Cavender’s in Fort Worth, Texas

In the 1970s, Cavender’s bought and resold a cattle trailer load of boots from a manufacturer going out of business. The 1980s came around and Cavender’s not only survived but thrived the high of the Urban Cowboy craze. At the time Cavender’s partnered with an up-and-coming Texas icon, George Strait. Cavender’s has built a strong foundation and has been thriving on its half-century plus commitment and loyalty to their customers. They make sure they provide the best quality products at an affordable price while giving the best customer service experience. Cavender’s has been named the nation’s top retailer for some reputable companies such as Justin, Tony Lama, Laredo, Nocona, Rocky Mountain, Wrangler, and Lucchese. In 2019, Cavender’s was initiated into the Texas Cowboy Hall of Fame. Family means everything to Cavender’s, if you walk into any Cavender’s store you’ll find photos of James R. Cavender, his wife Pat, and their three sons, Joe, Mike, and Clay. You’ll also find old photos of their grandparents on their old ranches in Idabel, Oklahoma, and Albany, Texas. The holidays are right around the corner and so is the Wrangler National Finals Rodeo (NFR)! Don’t worry Cavender’s has you covered with new styles if you’re looking for a last-minute NFR outfit, an outfit for the holidays, or even your holiday shopping! You can expect to find what you’re looking for and enjoy the Cavender experience. Gary Leffew and Esperanza Martinez go on a shopping spree with Wrangler and YETI at Cavender’s in Fort Worth, Texas