Legacy of the West Gala: Where Stars of Rodeo Come Together to Shine

This year, on December 12, starting at 2 pm, the rodeo community will come together at Mirage to celebrate the influencers of our world, but more importantly, to support Refuge For Women. In a world known for its life on edge lifestyle, Las Vegas has become a second home for the PBR, PRCA, Indian National Finals Rodeo, United Bucking Horse Association, World Futurity Association. This year, on December 12, 2018, starting at 2 pm at the Legacy of the West Gala, the rodeo community will come together at Mirage to celebrate the influencers of our world, but more importantly, to support Refuge For Women, the Las Vegas organization that helps victims of human trafficking.

“Our team is thrilled, but not surprised by the overwhelming response from stars of rodeo like Ty Murray, Rob Smets, Flint Rasmussen, Bob Tallman. Every year, millions of charitable dollars are generated for organizations from the committee level to high profile members of the community,” said April Bach-Patterson, Legacy of the West’s founder and editor in chief of Rodeo Fame Magazine. “Bringing these influencers together along with the powerful voices of all rodeo and mainstream media to support the women who have been victimized has been a dream for the last three years. We’re thrilled that 2018 it’s become a reality and that the entire community has unified in support.” 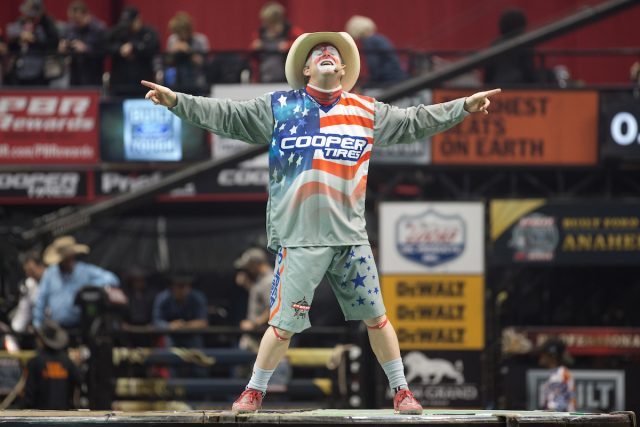 The event features awards, entertainment and fashion shows that bring the guests on to the red carpet in cowboy black tie, paparazzi and other festivities. Tickets are on sale at the Mirage Box Office at www.mirage.com and are going fast!